With a modern small reactor, electricity could be produced in Estonia about 2x cheaper than the market price this autumn, CO2- free, all year around.

It takes time to plan and build a small reactor, but we have already taken the first steps. If you also think that a new generation small reactor should be built in Estonia, you can show your support here.

If you want to know more, read on.

Why nuclear energy for Estonia?

Why and how is the price of electricity rising?

Electricity price in the last 12 months 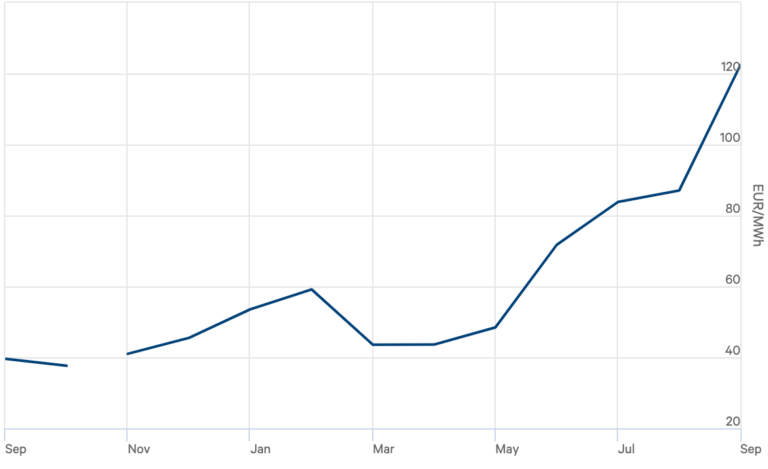 To protect the climate we need to reduce CO2-emissions, this is done through increasingly strict emissions taxation. These and additional measures will be discussed at the UN International Conference on Climate Change in early November COP26.

CO2-charges do not affect carbon-free types of production such as hydropower, wind, solar and nuclear energy. At the same time, renewable energy depends on electricity produced from natural gas, which is the main factor in shaping the price of electricity.

The only way to produce energy on a sufficient scale and at a low price without natural gas is hydropower (for which there are no preconditions in Estonia), or nuclear energy..

There are several reasons for the rise in energy prices, read more here

The rise in prices is due to the combined effect of several previously chosen energy policies. These reasons must be seen as a whole, as every decision in the energy sector affects other areas as well.

Because renewable energy alone is not enough to cover consumption, and Russia is no longer selling gas cheaply, energy prices have risen so high that the lack of energy is once again covered by burning coal (oil shale in Estonia). Thus, together with the high prices, we have again reached high CO2-emissions just because there has not been as much rain, wind and sun as expected.

Where does Europe's energy come from? 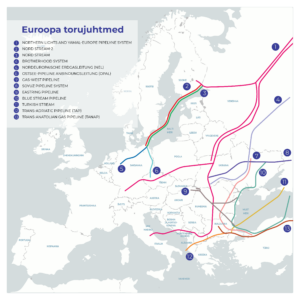 all the gas pipelines from Russia to Europe. Russia is the main supplier, with smaller imports of gas from Norway and North Africa.

Due to very high CO2 emissions, the most widely used coal-fired power stations in Europe, which are usually replaced by gas stations, will be excluded from competition as pollution allowances become more expensive.

Europe's own gas reserves are relatively small, so natural gas must be imported from Russia. Following the closure of coal and nuclear power plants, the security of supply of many European countries depends directly on Russia's willingness to sell gas.

In Estonia and the Baltics as a whole, the price of electricity is most affected by the price of gas, as two gas-fired power plants with a total capacity of 976 MW operate in Riga.

There is no quick mechanism until gas prices fall or wind and sunshine increase significantly. There is also no quick fix to the climate crisis. The only way to decrease the effects of climate change is to reduce consumption through prices in order to lower CO2-emissions.

Only with the addition of weather-independent, zero-emission nuclear energy will the price start to fall. 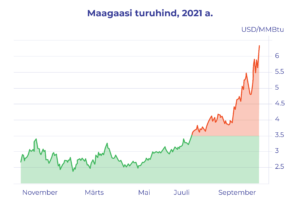 How to ensure security of supply at a reasonable price?

Fermi Energia has set a goal to build a new generation nuclear power plant with a small modular reactor in Estonia.

We do this when smaller versions of reactors suitable for Estonia have been tested in the USA, Canada or Great Britain and their efficiency and safe operation has been proven. We monitor the progress of several reactor manufacturers and, thanks to the research carried out, know that the cost price of electricity production for a small modular reactor nuclear power plant is around 50€/MWh - all life-cycle costs, including waste management has been included.

Although nuclear energy is considered expensive, it is actually one of the cheapest forms of energy, as evidenced by both long-term operating experience and future projections.. 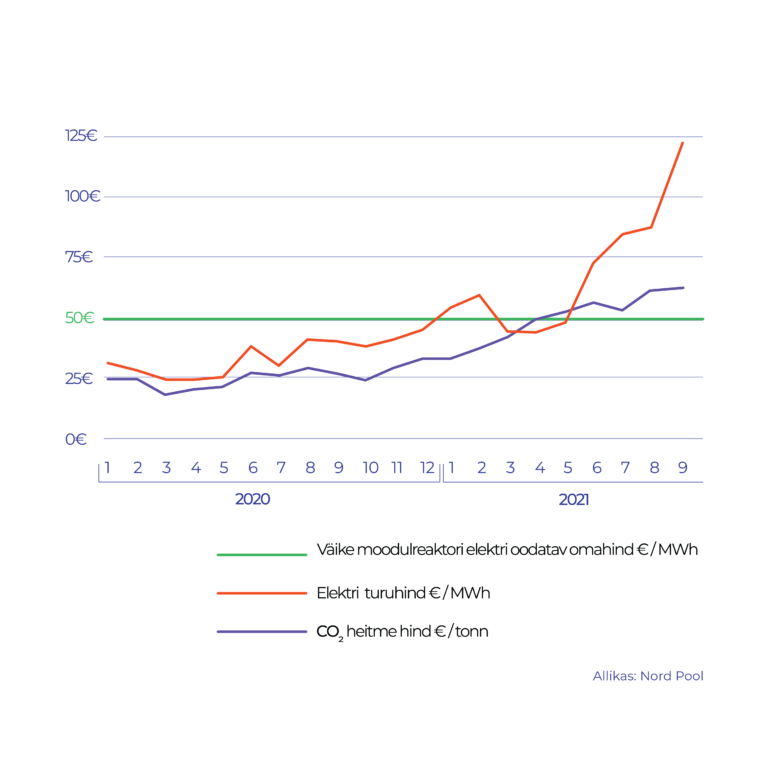 When will it become cheaper?

Reactor technologies that are suitable for Estonia will be ready for commercial usage in the coming years. Of course, it is necessary to train specialists first, create legislation, assess impacts, find a location, etc. Considering all this, we hope to finish construction and start commericial use of the small modular reactor in Estonia by 2035.

We do this on a knowledge based basis, exploring each area in depth, with the world 's best partners, such as GE Hitachi, Tractebel, Fortum, Rolls-Royce, SKB/Vattenfall etc.

A very large amount of research is still to be done before Estonia can make an informed decision on the introduction of a new type of energy.

How can I help?

If you want Estonia to make informed decisions when considering nuclear energy, please express your support and write your name and e-mail address. We do not share your information publicly.
Please read the data processing conditions here before continuing: fermi.ee/privaatsuspoliitika.

I consider it justified to prepare for the introduction of nuclear energy, to map all relevant areas that need to be developed and to make decisions that would enable Estonia to maintain an economy that supports entrepreneurship and offers long-term investment security.

The continued development of renewable energy is certainly necessary, but it will not be sufficient to ensure a carbon-neutral and affordable supply of energy throughout the year. I support the formation and work of the Estonian Government Nuclear Energy Working Group with the goal of submitting a thoroughly prepared proposal to the government in 2023 to enable the commissioning of small reactors in Estonia.